Ever wished you could be responsible for managing an entire city in the 80s? Then boy, have I got the game for you this week. 1980 is a somewhat unusual Indie game from developers Merxon22. As far as I can tell, it’s the first game to be developed and published by this company on Steam.

1980 is a puzzle-style strategy game that’s taking the free-to-play community by storm. Unlike most Indie games we see today, this one is based on an actual village from China, so it’s got some cultural appeal.

If you’re looking for a title that will challenge your brain and teach you a thing or two about the world, then this could be just the thing for you. 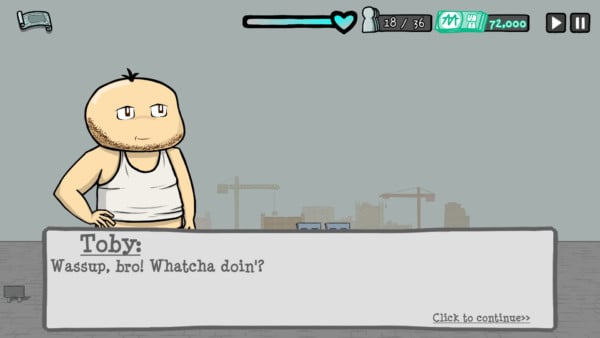 To understand 1980, you’ll need a little history lesson. The city of Shenzhen in China was essentially a massive fishing port. That port transformed into a “Special Economic Zone” in the 1980s, meaning that Shenzhen gained autonomy over economic choices. The town suddenly saw a boom in the arrival of new manufacturing and electronics companies.

As the town evolved, so to did Shenzhen’s population, with new urban villages popping up around the city center. These densely-packed villages weren’t exactly organized. Houses were built so close together that you could slap your neighbor through your window if he looked at your wife funny.

Still, as odd as the city was, many saw it as a welcoming and warm place for poor people, immigrants, and outcasts. With me so far?

1980 is a Steam game that essentially gives you control over one of those confusing Shenzhen villages. Goals of the game include things like attracting immigrants with ads and trying to pack as many people into a limited space as possible – like Tetris, but with humans.

According to the developers, the game is based on a specific urban village from Shenzhen – Gangxia village. The company behind 1980 wanted to create a game that highlights how a small fishing city can suddenly transform into a major landscape containing more than 10 million residents in just 4 decades. If nothing else, this is a great insight into just how agile and diverse China can be.

Build Your City and Watch it Evolve

The 1980 game starts similarly to most city-building titles. You get a blank patch of land, just like you would with something like Theme Park World, or Rollercoaster Tycoon. You’ll also receive a small sum of money to invest into your new development. Overall, the goal of the game is to move as many people as possible into your city.

This title might sound pretty simple, but it’s got its challenges. You’ve got to balance large numbers of houses for your residents, with access to essentials like utilities and shops. Fortunately, 1980 breaks your tasks down for you into bite-sized chunks, showing you how to help your landscape evolve. You get access to bigger buildings when you reach certain population targets. You can also earn cash when you satisfy the needs of your residents, by giving them more restaurants for instance.

The game moves in six-month periods, with more developments emerging with each year. Every time a six-month chunk of time passes, you collect more money. That’s the cash you can use to attract more people to your city. At the same time, a fresh panel of citizens moves into or out of your location. The demands of your citizens also change as the years pass. 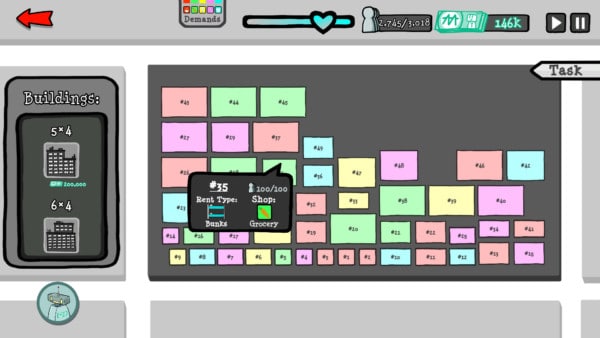 Initially, you can get by with some basic bunk-bed accommodation for factory workers. However, as you start to crave new talent, you’ll need to build private apartments for your young and educated professionals. You update old diners with cat cafes and invest in new ways to make life fun for the people who live in your region.

This is definitely a fast-moving game, which is probably an intentional move by the developers. They want to show how quickly life can evolve in an environment with the right people and elements in play. However, despite the speed of the game – it’s not particularly challenging.

You’ll complete tasks at break-neck speed and have no problem checking off goals as they appear on your to-do list. Honestly, if you’re a fan of city building, there’s nothing much new here. You do get a minigame about rent advertisements that helps to shake things up, but it has some bugs – so you might end up avoiding it.

An Interesting Commentary on Society

Although I was a little disappointed by the lack of challenge in 1980, there were other things that I found quite endearing about the game. Every couple of years, the citizens have conversations that you can listen in on. Most of them talk about how their lives have changed through the years. 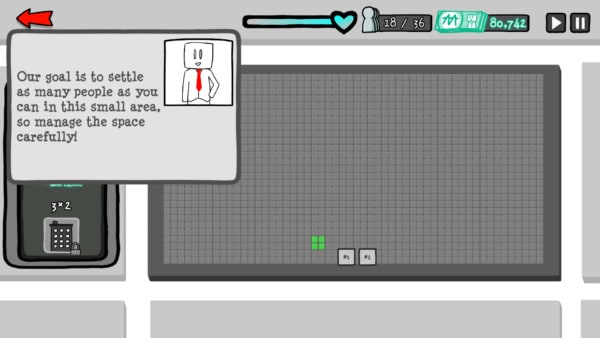 While there are definitely troubles to speak of, like sickness and poverty, the characters are pretty positive in general. I found myself wanting to get involved in the human element behind the game a little more – but there’s not much to do in that regard. The developer does encourage fans of the game to look into the real Gangxia village for more insight into the history, though.

If you check out the Steam description for this game, you’ll get an explanation from Merxon 22 about why he created the game. He wanted to celebrate the remarkable nature of these diverse, ever-changing villages, while highlighting the undeniable fact that all urban landscapes will gradually disappear. He notes that world is replacing individuality with gentrification, but we can still celebrate what lead us to this moment.

That passion and heart is something that shows through quite well in 1980, even when you acknowledge that the game’s translation into English is pretty simple. There are still a few misspellings and odd phrasings here and there that remind you this wasn’t a title originally made in an English-speaking country.

A Simple Game with An Interesting Background

On the surface, 1980 is a pretty basic game. The aesthetic is pretty straightforward, with no incredible graphics or unique drawings to explore. However, the interface is still clean and friendly – great for helping you settle into the game fast. I liked the way that the aesthetic changed as my villages grew. The looming skyscrapers of Shenzhen creep closer from the background as the years go by. 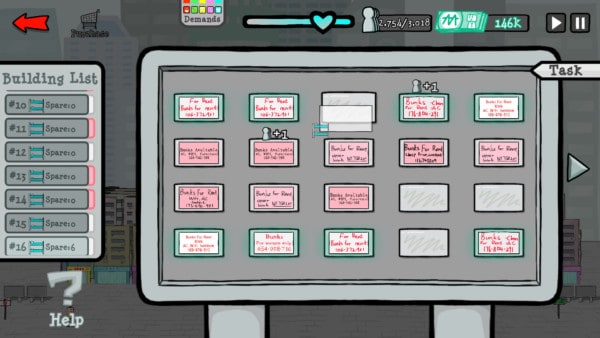 You quickly go from being a little settlement way on the outskirts of town, to a huge landscape scraping against the walls of the CBD.

The music and gameplay is simple too. The soundscape is pleasant-  but I wouldn’t buy the album. The game itself is intriguing, but it’s something that you’d probably only play once or twice before looking for something new.

This certainly isn’t the most exciting game I’ve ever played – but I’ve never been a huge fan of city builders. What I do like about the title is the story behind it. If you want a free game that combines strategy with true history, this is the title. 1980 is a delightful management Sim with a heart-filled twist you wouldn’t typically expect from a free game.